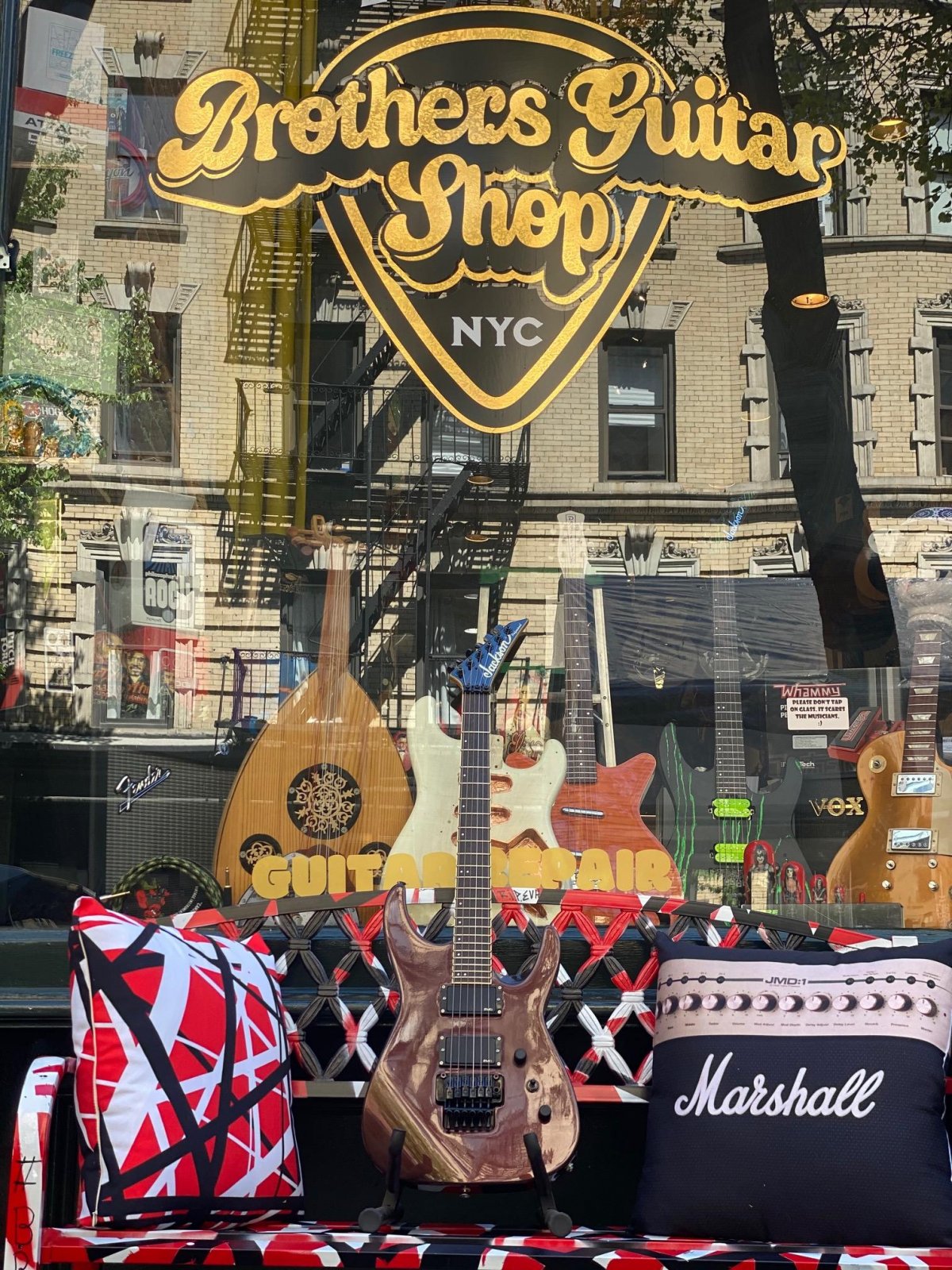 All of our guitars come with a professional setup! All you have to do is take it out of the box and start strumming!
Vintage 1994 Jackson Professional series Fusion HH guitar. This guitar was Made in Japan, and comes with the original Jackson hard shell case. The stock Jackson pickups were upgraded to two EMG active 81 pickups, along with the EMG active circuitr. The tremelo was also upgraded to the much improved Gotoh 1996t. This is an excellent sounding and playing guitar.

For International Purchases Shipping is based on location. Please contact before Purchase

More info and specs below:
The Jackson Fusion HH is part of the Jackson Professional Series made in Japan at the Chushin Gakki factory. The Jackson Fusion HH features an HH pickup configuration, a basswood/mahogany body (or just mahogany as of 1994) a shorter 24.75" scale. (standard Gibson Les Paul scale)

Just below is from the 1994 Jackson catalog, in reference to the Fusion model:
"Guitarist have long searched for an instrument that would combine the light string tension and percussive attack of a Les Paul with the overall brighter sounds of a bolt on neck guitar.
Our answer to this quest the Jackson Fusion series of guitars.All Fusion series guitars have a slightly reduced scale length which gives these guitars their lighter string tension and percussive attack, and because they are bolt on, they have that brighter overall sound.

The Fusion HH body is built from Mahogany to bring out and enhance the mid range frequencies, while the Fusion Standard and Fusion EX models both use Basswood bodies for brighter string attack."